Check out the games incorporating the LPS tower from the winning submission of the Moon Capital Competition. 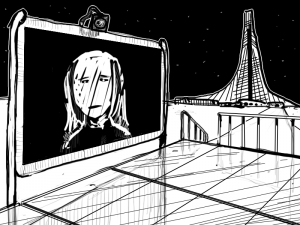 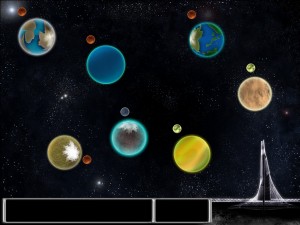 SHIFTboston teamed up with Boston Game Jams on the 2010 SHIFTboston MOON CAPITAL International Design Challenge. Boston Game Jams took graphic content and concepts from the competition submissions and in two days, with a team of twenty, they produced five games. The game in which we have presented the winning submission from the 2010 MOON CAPITAL Competition will have you making music by manipulating orbits!

What is a game jam?

“Game development evolves rapidly as you go from start to finish on a project. You never know what you are going to end up with by the time you’re done, even over the span of a mere two days.”
Darren Torpey, Boston Game Jams

A game jam is an event where participants of many technical and creative backgrounds get together in small teams to make video games during a limited time period, often a single weekend. The short time frame is intended to encourage creative thinking to result in fun and innovative playable prototypes for experimental games.

Anyone, including YOU can participate in making games.

According to Darren Torpey, anyone who enjoys making things can participate in a game jam. Game developers are always looking for creative professionals such as architects and designers to help create audio and visual art for the games. Designers can also assist with the overall structure, user interfaces, and specific challenges for each game. SHIFTboston has teamed up with Boston Game Jams in order to establish a connection for architects and designers to the world of games and game development.

You DO NOT need to know any specific programs to participate.

“There are no practical barriers for newcomers -- only perceived barriers -- anyone can participate”
Darren Torpey, Boston Game Jams

Designers or producers can assist game developers in many ways, including design, art and audio creation/collection, and play-testing. To read more about Boston Game Jams, click here.